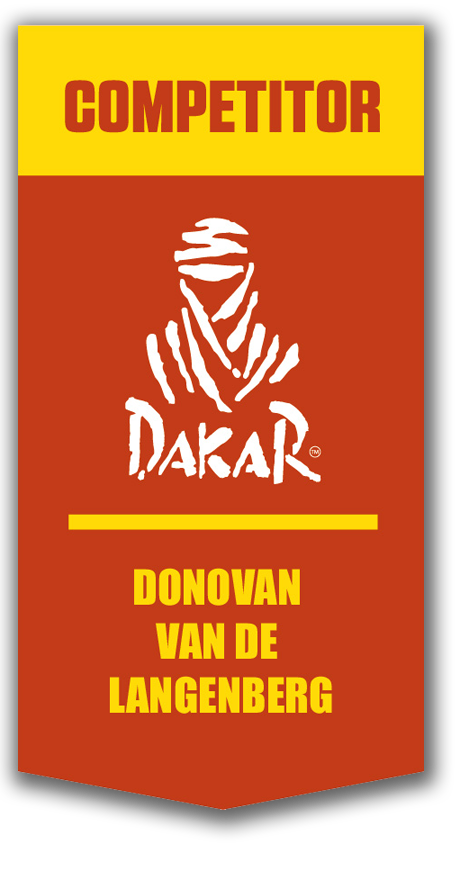 Turning #MyDaringAdventure to the Dakar 2021 Rally into a memorable achievement.

My goal was to compete Malle Moto in the motorcycle category in 2018.
Because of your support, I overcame all obstacles in my way and rode onto the podium at the finish line after completing the world’s toughest rally race in one piece and realized my ultimate dream and mission. Now it’s time to take on the challenge again in 2021. 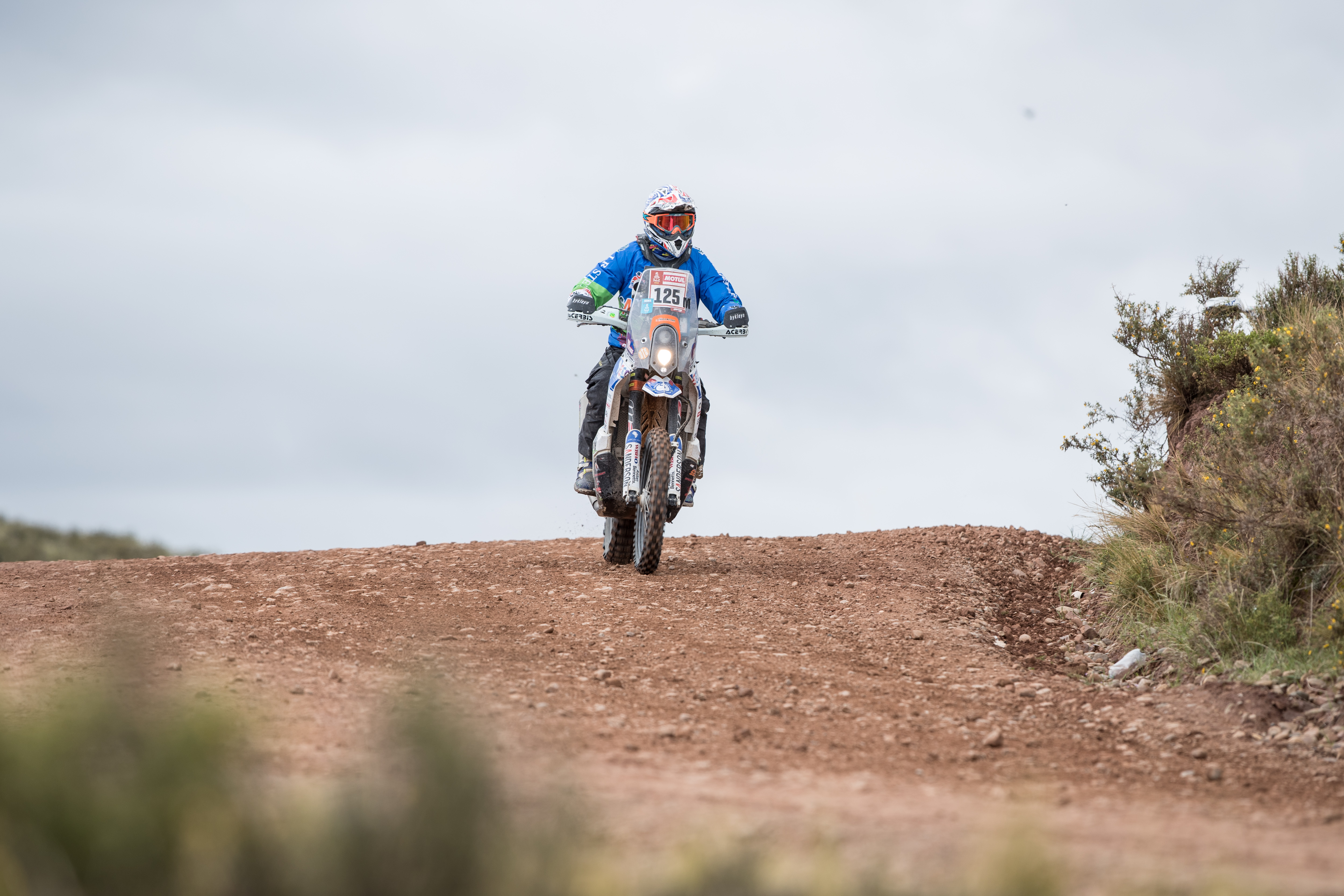 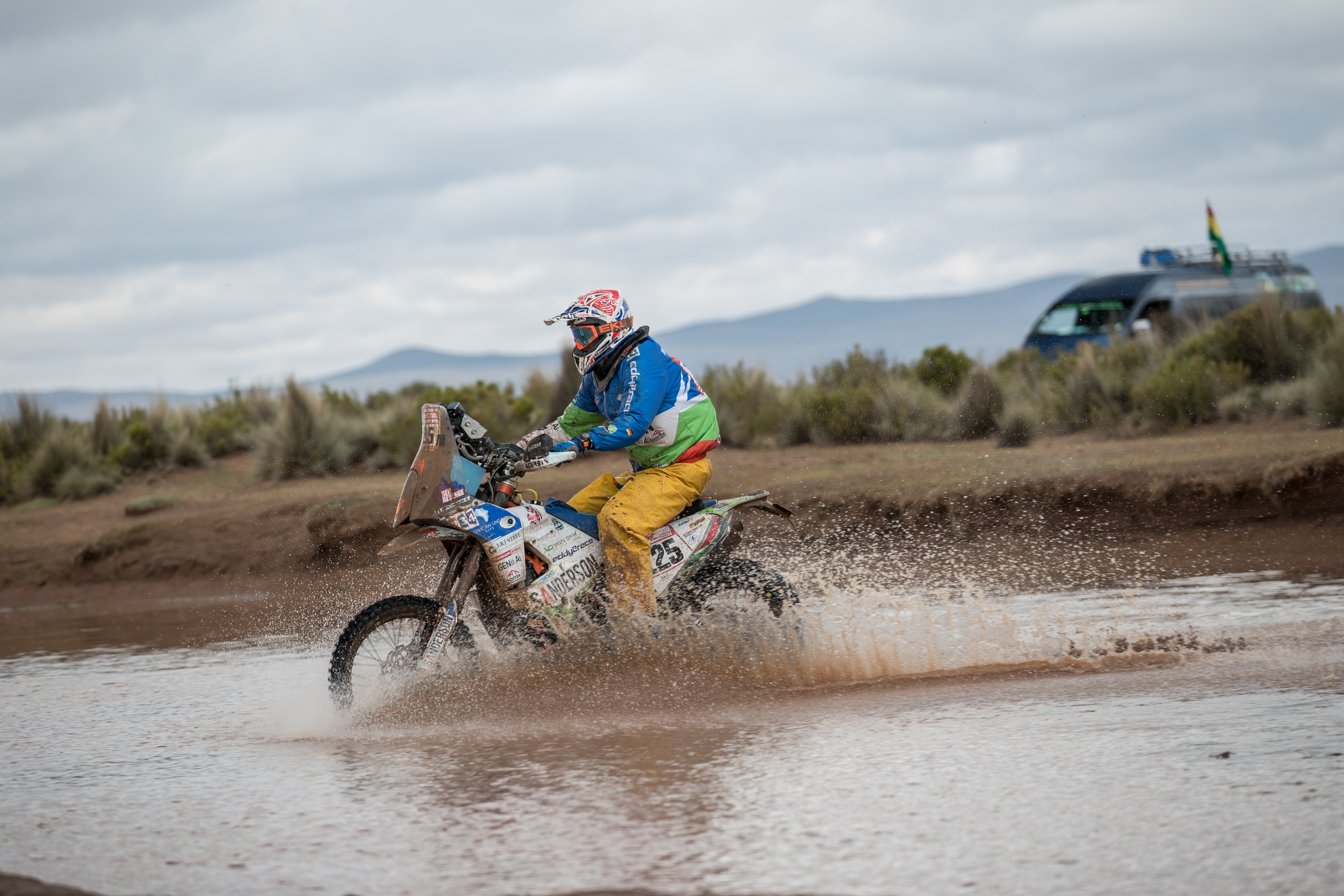 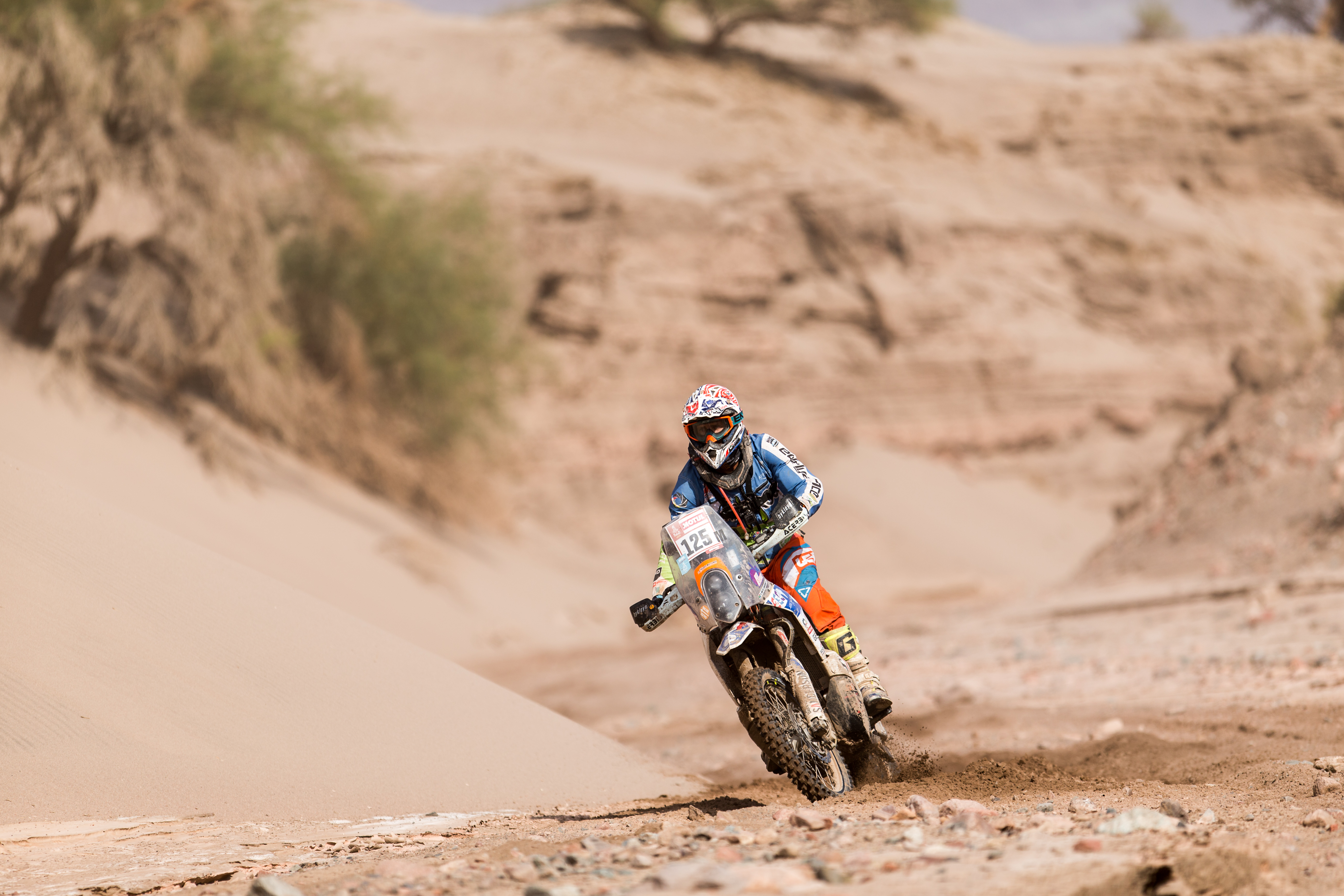 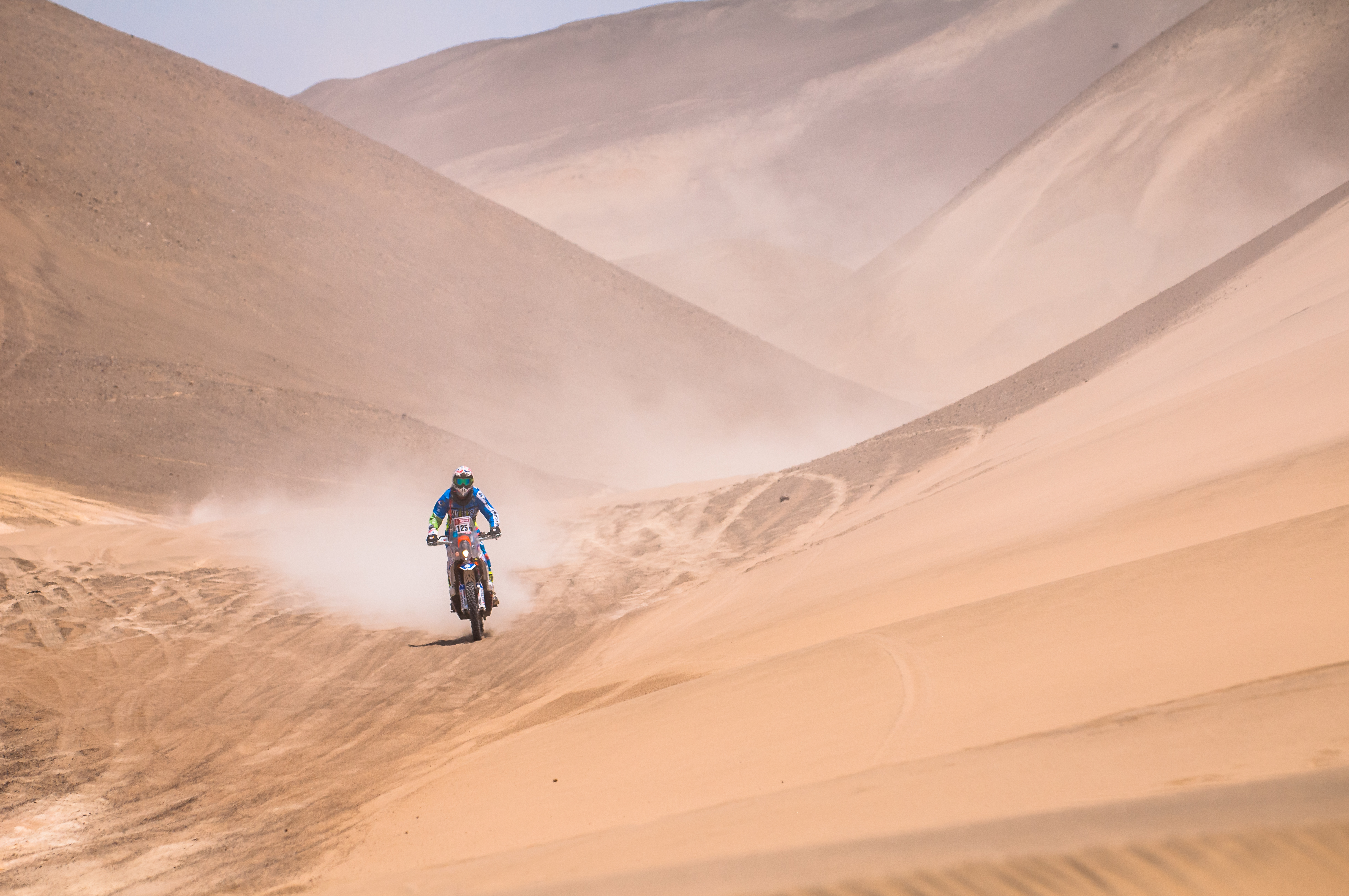 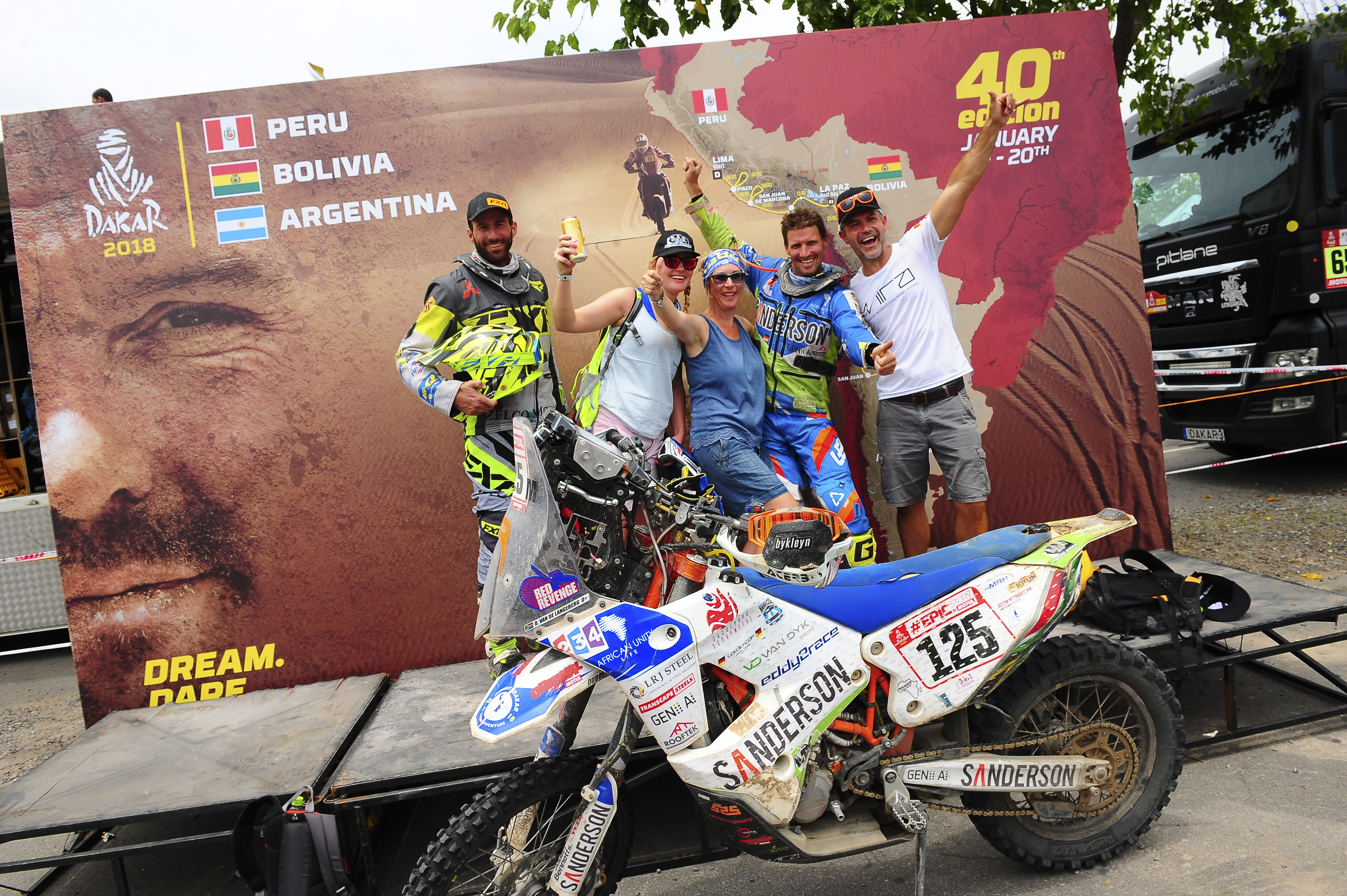 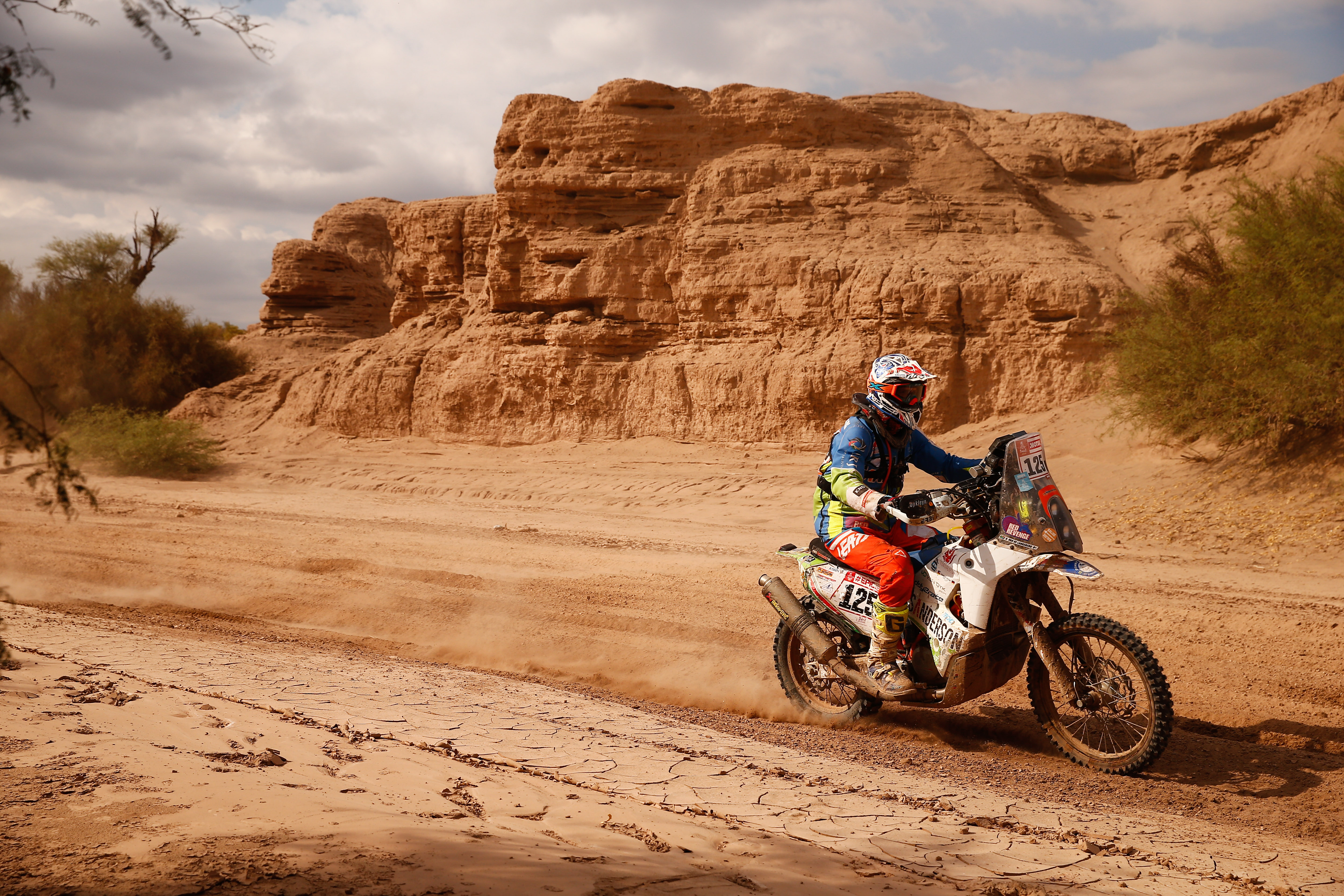 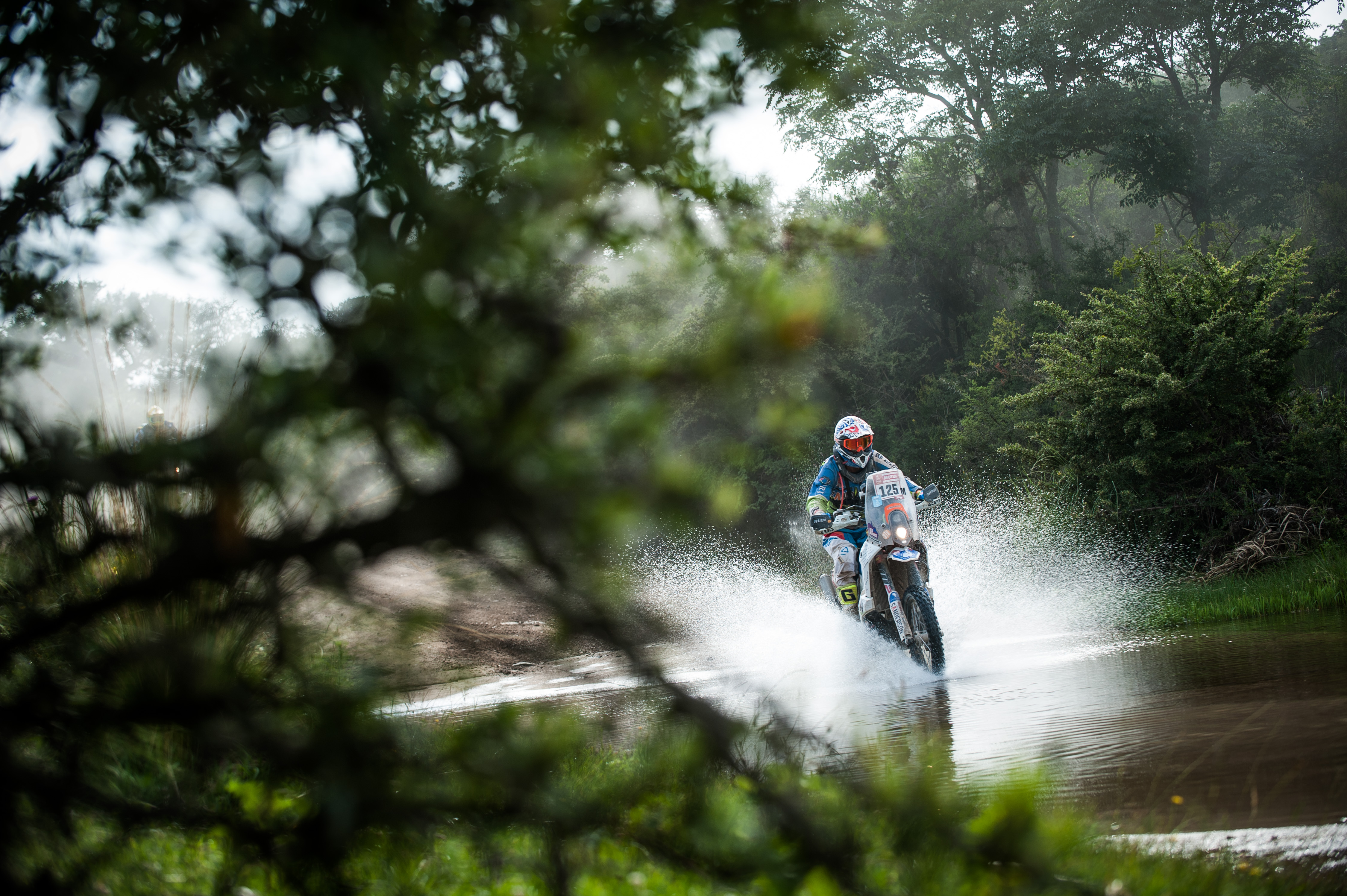 This is My Story

Early life, long happy days and wonderful childhood memories determined my racing path without me even knowing it. My brother Bjorn and I grew up next to the race track watching our dad who raced dirt bikes and race cars.

It was in our blood.

I have the fondest memories of supporting the Dakar Rally with my father and brother, I remember going with them to the finish of the Paris to Cape Town Dakar in 1992 and my dad saying that if he could do one race in the world, it would be the Dakar.

#mydaringadventure 2.0 – the journey continues to Dakar 2021

Dakar – a journey for those that dream and an adventure for those that dare.
In 2018 I finished the Dakar in the “original – by Motul” class as a rookie competitor; placing in the top ten in my class I
proved to myself and the world that dreams do come true!
Fast forward some 14 months later and the effect from this finish, the ultimate feeling of achieving your dream is still
with me, burning brighter than ever.

Although I competed in the Dakar on my own, in the most extreme format – completely unassisted in the Original Malle
Moto class, I know that it was the team behind me that got me to the start. Even now 14 months later I know that I
would never have been able to complete every one of those 9000 Kilometers had it not been for those who backed me
in 2018! The real hero’s of my adventure are those that supported me. People like you who contributed in whatever way
they could manage where the ones who I owe my success to.

Last year the Dakar focused on the tough and unforgiving sand dunes in Peru (the Dakar I completed stitched together
three countries namely, Peru, Bolivia and Argentina) It proved to be one of the most exciting Dakar yet. I had serious
FOMO not competing and watching it on television I knew that I had to give it more shot in the Original Malle Moto
class. I am convinced that I can do better with the experience behind me.

I know now that hard work, pain and failure are followed by success.

I am willing to put in the hard work again, I am willing to endure the pain again, I know that I can succeed and I know
that I need each and every one of you as my team mates. As my Dakar in 2018 proved, “Its teamwork that makes the
dreamwork”

It started with a dream for me; the appeal lay in the challenge. Few had ever attempted it and far fewer had succeeded,
this for me became the ultimate daring adventure.

The project kicked off for me in 2017, I had to commit a year before in order to prepare myself thoroughly. Through the
year I focused on the goal ahead so intently that I did not live in the present, the preparations become all consuming,
the unknown of what lay ahead meant me devoting all my energy to prepare myself for any eventuality.

This weighed in heavily with me over the course of the year but I pushed on, all that mattered to me was to fight the
odds and get to that start line. Whoever said that planning for an event like this would be easy must be mad. It was
everything but easy. When I first started my preparations I can honestly say that knew my chances of success where
fifty-fifty, I did not admit it at the time but looking back I can share this with you that I had my doubts. Need-less to say I
pushed on and reached the start line.

Arriving at the Dakar I saw it for the Monster that it was, the terrain was intimidating, the competition was unforgiving
and once that clock started there was no going back. Each and every day was a fight for me, I was running on pure
adrenaline and it took all my strength, will-power and courage to complete the race. Through all of this I may not have
had the biggest smile but I was still smiling, the reason for this is that I was living my dream and had dared to complete
my biggest adventure.

When I eventually crossed the finish line, I thought of two things. How blessed I was to have the love and support of so
many good people around me that got me to the point where I was and secondly that I could do better, I knew a podium
finish was within my grasp and that I HAD to come back and give it one more shot.

I had discovered what was possible by attempting the impossible and that nothing happens unless you make it happen.
Chasing a dream is a lonely pursuit, once all that is said and done it’s me that am on that start line and it’s me riding
alone daily. The thing that kept me going was the thought of my friends and family that pulled through, pitched in and
got me to the start line… every day was a fight, a fight to the finish and I did it for my supporters.

Having been through one Dakar you would think I have had enough, this is not the case. I want more.
My dream, my daring adventure is still alive.

Dakar 2018 was incredible tough on my mind, body and spirit, but now that I know what it takes I know I can do better. I
placed in top ten as a rookie and I know that if I go back a podium finish in the world’s toughest motorsport race is
within my reach.

I know it is within my reach as I have tried and tested myself and I know my limits now. I know where my weaknesses
and strengths are and I am using this time to prepare myself to take on this adventure again. There is an old racing
mantra that goes like this, “To finish first you have to first finish”, my goal in 2021 will be to do both.
I will have to endure a lot of sacrifices in the next year as I prepare myself. As a privateer and average Joe without any
factory race team backing me the financial burden itself will test me to my limits. The training will push me to my limits,
the preparation and logistics required will push me to my limits, but I am ready and willing to tackle these 100% head on
and give everything I have to realize my dream.

The year ahead is going to be tough and that is why I need your support, if you love motorsport and racing and always
wanted to test yourself but you cannot, I invite you to join me and we will do it together. With you as my backup we will
tackle this ultimate adventure together, I am willing to put everything on the line to do this, quitting is not an option for
me but I can’t do it without each and every one of you. I invite you to join team #mydaringadventure 2.0 let’s do this,
together, once and for all lets climb that podium step together.

I experience the driven will of Donovan to compete and to make a success of every challenge he may face. Work hard – Play hard and Never say Never all the way to the end! 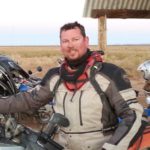 His Commitment is Unquestionable

My first introduction to Donovan van de Langenberg was in 2007  on a construction project in Claremont Cape Town whilst he was working for LJ le Roux Industries in the capacity as a project manager.  This specific project was immensely challenging from both a technical, operational, budget and program perspective. All the odds were against… Read more “His Commitment is Unquestionable”

Having spent many days riding/racing with Donovan, one can only be inspired by him. He is a Fearless, Daring, Bold, Confident, Adventurous, courageous…..a man with Balls! I cannot wait to see him on the starting line of the 2018 Dakar and to be there in Spirit the day when he will cross that finish line!… Read more “My Amageza Malle Moto Brother!” 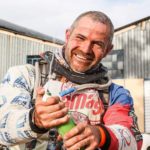 The Love of My Life!

He is an awesome father and a great husband. The love of my life!! If anyone can do this thing “Malle Moto” it is Donovan. He is determined to fulfill his dream with all of us behind him. I have full faith in him to pull this off as he is not a quitter and can think… Read more “The Love of My Life!” 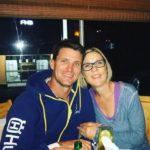 Commits to Everything He Does

First met Donovan at the Amageza in 2015, it was my first rally, I was having a tough time around day 4/5 and when I met him he was all smiles and happiness, then my team mates told me he was running “Malle Moto” and I had a new-found respect for a guy that could… Read more “Commits to Everything He Does” 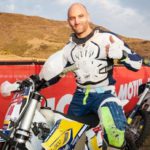 Your Courage is Inspiring!

Donovan – your courage is inspiring. Best of luck on your adventure. If you can dream it, you can do it!

We’ve shared loads of adventures together and most of those were on two wheels chasing dust clouds. Most passionate and determined guy I know. 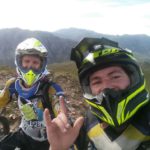 Tough as nails. Always at the end. What makes Donavan stand out to me is his ability to make a plan and adapt to the challenge. His bike broke down 1 morning on the start line in Khang Botswana, Amegeza 2015. Donavan striped the whole bike found problem and finished the night. Long before a… Read more “Tough as Nails” 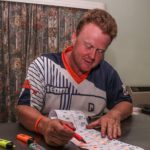 A rider every South African could be proud of

Having raced with Donovan over the past few years I have been fortunate to witness him overcome many challenges. From a wire strung across a riverbed in 2013 that nearly took his head off to racing through the night in 2015 when in Botswana, many riders got lost after an unclear section on the road… Read more “A rider every South African could be proud of” 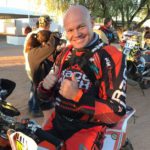 Donny must be the toughest guy out I have ever met, Vasbyt is his second name.

Donovan will fulfill his dream 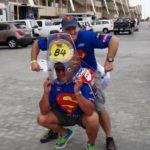 Donovan completed each stage of all 5 races with no medical injuries or mechanical failures. He balances speed and navigation, while managing his machine successfully. I have no doubt that Donovan will overcome every challenge, complete any and every race, and be a great ambassador for the sport. 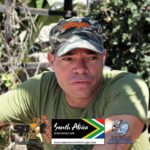 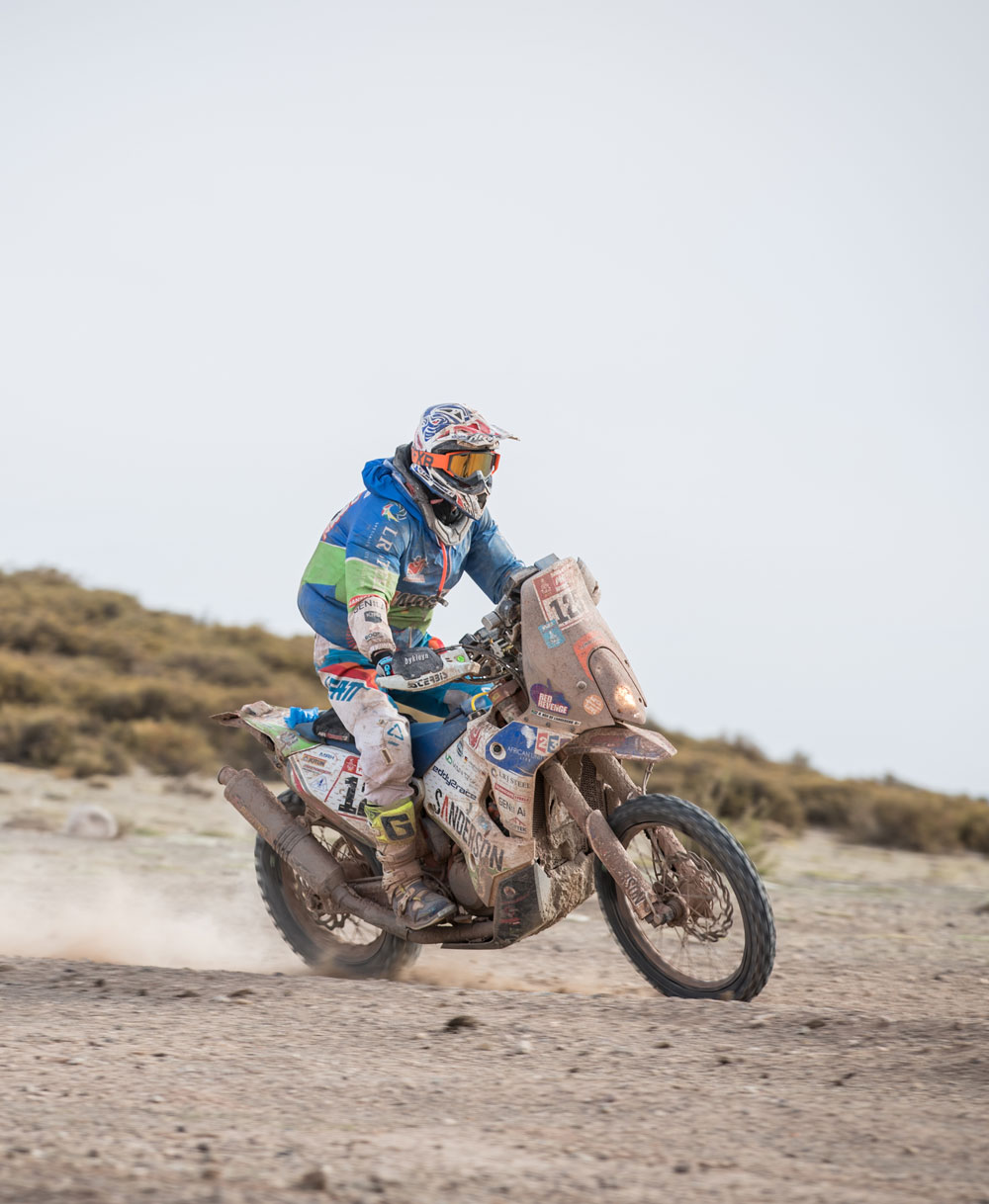 COVID-19 Outbreak - Everything you need to know: Click Here
close
Toogle Down